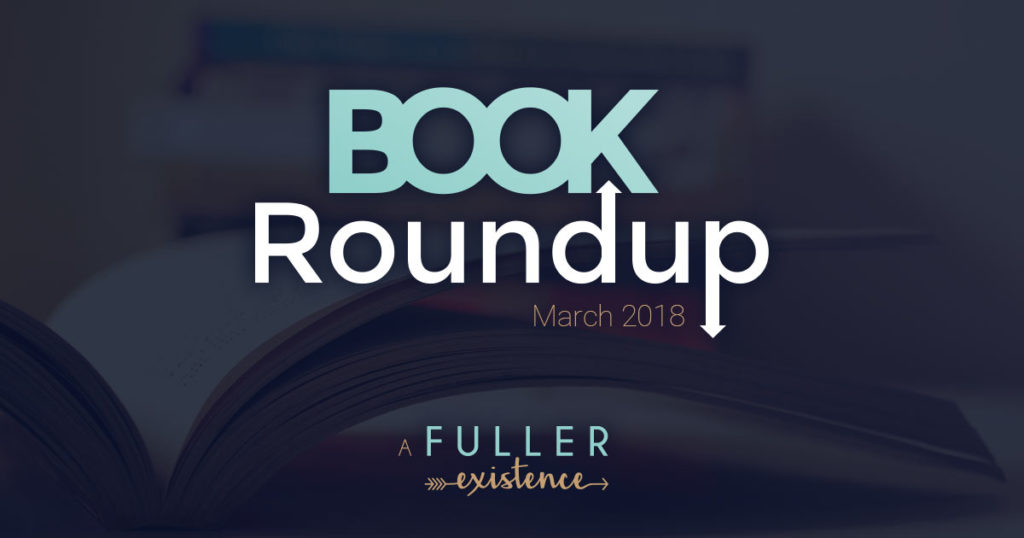 As little Tommy Callahan likes to say, “Holy shnikes!” We’re already 3 full months into 2018 and yet I still have things on my January Project List left to do. Hmmm. Maybe it’s because I read an epic number of books this month? Or perhaps it’s that I’m really good at starting projects, like re-doing a closet, but I’m not so good at finishing them in a timely fashion. I blame it on my full-time job. It’s really cramping my style. 😉 I digress. Now let’s get on with the book business and see what I read in March.

15 hours of French lessons on audio. Listen along and learn (if that’s your kind of thing).

With an upcoming trip to French-speaking Quebec, I don’t want to be the arrogant American that doesn’t even attempt to learn French. After using a few apps on my phone, I got annoyed and looked for a different solution. Enter this audiobook, which I found for free on Hoopla. While I’m only part way into it, I’m feeling more confident in my basic French speaking skills after just a few hints from Noble. I’ll definitely check this out again and probably even listen to it on my drive to Canada. 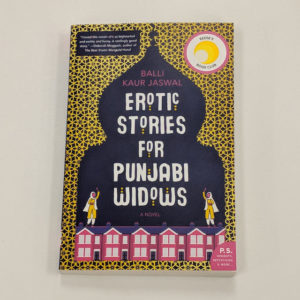 Nikki is a “modern” Indian girl living in London. She accepts a job teaching creative writing at the community center to older, widowed (read: super conservative) Punjabi women. Soon after the class starts, it takes a very different turn. The book gives us a closer look at Punjabi traditions and culture, as well as how women can lift one another up and the power of relationships.

First things first…go find out if your local library offers Hoopla Digital. If they do and you haven’t signed up yet, you’re missing out. Next, go find Reese Witherspoon’s book club on Instagram and browse her book picks, but only if you want something good to read. You’re welcome!

Now that we have that settled…I was recently browsing Hoopla when I saw a banner that read “Reese Witherspoon’s New Book Club Pick”. Obviously that meant I had to borrow it! With the book runtime being roughly 10 ½ hours, I knew it would take me some time to listen, but it was definitely doable. Needless to say, I finished this in just 4 days.

Had it not been for Reese, I probably wouldn’t have read this book on my own, especially since it only has 40 reviews on Amazon! Also, please don’t get all judgy about the book simply because of its title. While there were some erotic parts to the story, they were far and few between and they definitely were not of the Fifty Shades variety. Overall, I really liked the book and I’ve shared it with some of my friends. I think this anonymous quote sums up my feelings pretty well – “Books don’t just go with you, they take you where you’ve never been.” 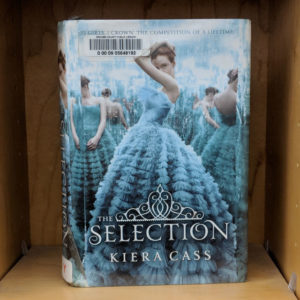 America Singer is living in some other version of the USA, presumably one in the future. When she receives a letter to make a bid to become the new princess, she initially rejects the idea because she is in love with Aspen. However, she knows what this opportunity could afford her family, besides she will never get selected.

Young Adult Lit + a series to get sucked into = my kind of reading! I haven’t read a YA series in what seems like forever (probably since The Hunger Games) so I was glad that this book jumped back on my radar. IT WAS SO GOOD! I finished this in a 24-hour span, which I also haven’t done in a while. With a Hunger Games-esque style society, but with a caste system, America adds her name to the selection for the slim possibility that she may become the next princess. (No blood and crazy alliances here though!) Of course, her name gets picked, though she genuinely doesn’t want to live in the castle with the prince, his parents and the 34 other girls vying for his love. Predictably, she starts to fall for the prince (and the feeling is mutual), but then Aspen, America’s former boyfriend, comes back into the picture, completing the love triangle. You’re left hanging at the end of the book, which means if you’re like me, you’ll be devouring the second book in no time. I seriously loved this so much! If you like The Bachelor, then you should probably read this book stat.

A novella (so about 80 pages) from Prince Maxon’s point of view as to the whole selection process.

I can never decide if I want to read novellas, as they usually come to fruition after the fact, but this was a no-brainer. I actually checked out the book Happily Ever After from my library since it’s a compilation of all 4 selection novellas in one book. I spent a wild Thursday night drinking wine and reading this while I waited for Grey’s Anatomy to start. Oh to be so young and reckless. 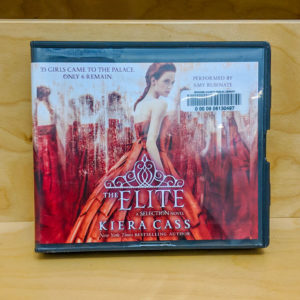 America has made it to the final 6! Things seem to be going swimmingly between her and Prince Maxon, until a Halloween party reveals something bad about one of the girls. Maxon starts to pull back from America and her days at the castle seem numbered.

I definitely got annoyed with America a lot more in this book. You would think that if you saw someone get badly punished for doing something, that you would refrain from doing it too. Not America! Sometimes I wanted to smack the girl. Also, her communication skills suck. But I need to remember…she’s only seventeen and she’s a fictional character. Calm down, Alisha.

A novella (about 65 pages) from Aspen’s point of view on The Selection. FYI – Aspen is America’s ex-boyfriend and now he works as a guard at the castle. Conveniently, he guards Lady America’s bedroom door at night. Remember that love triangle I mentioned? Yeah…enough said.

I actually pushed pause on this one for a bit. After reading the first 2 books in The Selection Series, plus 1 other novella in a really short span, I stopped for a bit to read something else. After I finished that book, I picked this back up. With regards to the novellas, you don’t learn too much in the way of new info, so it’s no big deal if you don’t read them, but otherwise, they are a nice little companion. (ie: one way to spread out the series so you can savor it longer) Don’t forget this title is also included in Happily Ever After, as I noted above. 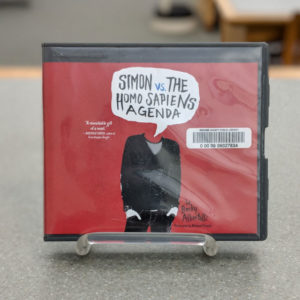 Simon is a 16 year old guy who confesses via anonymous email that he thinks he’s gay. Unfortunately for him, he forgets to log off his Gmail account after using the computers in the school library. Now he’s being blackmailed by a peer and is worried that his secret will be let out in front of the whole school.

After blazing through The Selection in warp speed, I started this as a way to slow myself down, otherwise, I’d read the whole dang series is a week. #sorrynotsorry After deciding on this book, I was informed by one of my students that it had been made into a movie and it JUST came out. Fine by me! I went to see the movie even though I’d only read the first 25 pages or so. Result: I really liked the movie, even though Simon’s family was this perfectly beautiful, understanding and way too cool representation of real life. In the typical book-to-movie transition, the movie was different, but not in a horrible way. If you struggle with homosexuality and coming-of-age stuff – skip this one.

In the end, I was able to “read” (via audiobook, book or Kindle) 7 different titles this month. Pretty stellar if you ask me! I definitely went a little heavy on YA Lit this month, and I probably will in April too as I still have 3 books and 2 novellas to finish in The Selection Series. But this is typical reading behavior for me. If I like something, I need to read all of the things relating to it. Does anyone else do that?

I have to read the whole series, in order. In rapid succession. I can’t be waiting for the next book which hasn’t been published. I need them all immediately! I read the first 4 Harry Potter books at one point but #5 hadn’t been published. So I quit. Several years later when my son started reading them I started over from the beginning and read the series through.

Tell me I’m not the only one annoyed that book 4 is about their daughter, which is 20 years down the line? I wanted more of Prince Maxon and Lady America. Ugh!