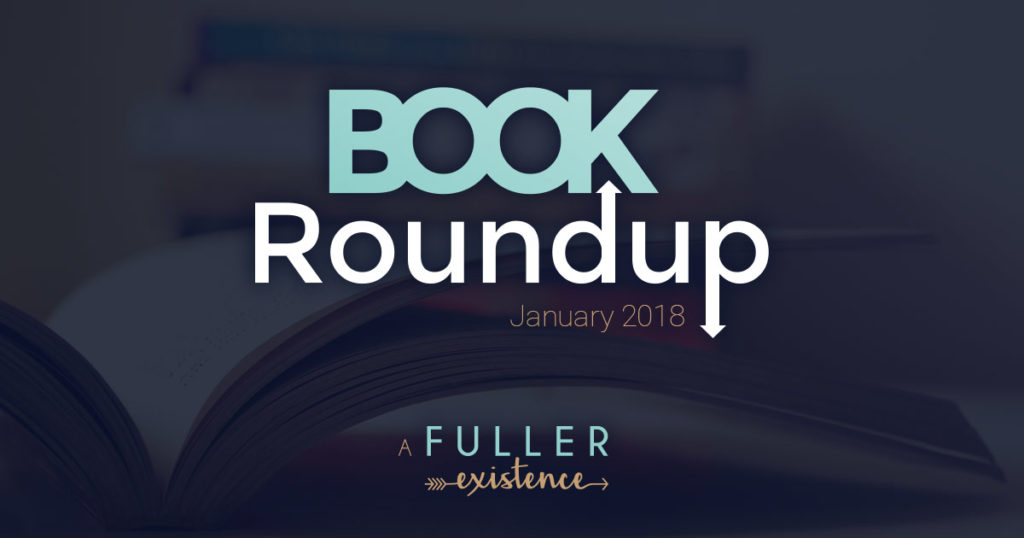 And just like that, January has come and gone. Okay, so maybe it didn’t go by that fast, but now we’re in that crummy part of winter where you wish it would either act like winter or switch to spring already. (I vote for the latter.) Despite experiencing record low temps and blowing wind, I didn’t read as much as I could have, but I still managed to finish a few books.

Since this is my first monthly book roundup, I’ll quickly explain the formatting. First, you’ll find the title and author. I’ve also linked to the book through Amazon, but this is NOT an affiliate link. While I love to support independent bookstores, my favorite source is the public library. Next up you will see a brief synopsis of the book in my own words. This is the italicized part. Finally, you’ll see my review and final thoughts. Hope this helps!

After You – Jojo Moyes 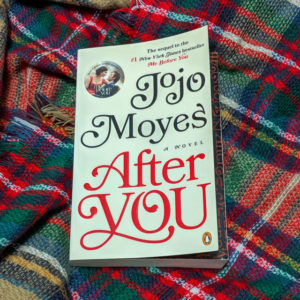 The sequel to Me Before You tells the story of Louisa Clark in the aftermath of Will’s death.

I started this months ago, but the beginning was just too slow to really grab my interest. After receiving a few more books for Christmas, I decided it was time to just plow through it and finish so I could get it off my nightstand. The second half of the book was definitely more exciting than the beginning and the way she ended the book meant there would be a follow-up novel. At some point, I’ll read that one too, but not right now.

What She Left Behind – Ellen Marie Wiseman 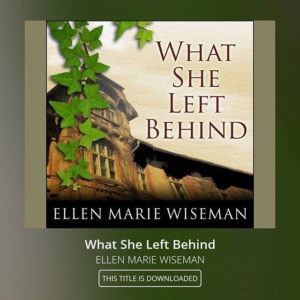 The year is 1929. Clara is secretly in love with an Italian immigrant, much to her parents’ dismay. Her family has arranged her marriage to a man she doesn’t love, simply to preserve the family money. When Clara protests her parents’ decision she is suddenly whisked away and put in an insane asylum. Present day, Izzy is in foster care after her mother shoots and kills her father as he sleeps. While working on a project for the local museum, Izzy discovers Clara’s old journal amidst the suitcases found in the attic at Willard Asylum and begins piecing Clara’s life together. The two stories intertwine and help bring about some peace and resolution.

A friend recommended this book to a friend and me in a group text message. (What…you don’t text about books?) Anyway, she said it was especially interesting that the asylum in the book is less than 2 hours from us. When my second friend said she couldn’t put it down, I had to read it. Needless to say, it was AMAZING and I read it in three days! I got so caught up in the story that I was audibly gasping and saying, “No!” out loud while grocery shopping. Mind you, I was listening to the audio version with earbuds in. I also spent time researching the Willard Asylum and found that the suitcases were a real thing and they had been photographed and displayed in museums around the country. Also, according to Exploring Upstate up until a few years ago, you could actually go on a tour of Willard. So creepy and yet so cool. Regardless, I cannot wait to check out other books by Wiseman. 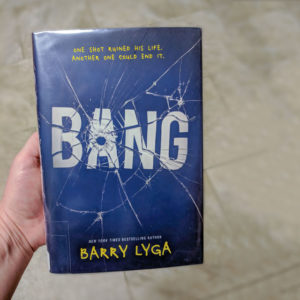 A terrible accident happened when Sebastian shot and killed his baby sister. Ten years later Sebastian and his family are still dealing with the ramifications of this tragedy. Gun control, suicide, and Islamaphobia are all wrapped into this story of reconciliation and forgiveness.

As a high school English teacher, you may think that I love the classics of literature, but you would be wrong. Many of my students will tell you that they don’t read outside of school and that English is their least favorite subject. I hope to change that, in part, by introducing my kids to newer literature that deals with “touchy subjects” such as suicide, gender issues, racism, etc. I was reading this book for the first time right alongside my students. I enjoyed watching Sebastian grow as a character and the discussions I had with my 10th graders, but this book wasn’t so amazing that I would use it again in future years.

So there we have it. Three books finished in January. But would you hold it against me if I told you two of them were started in December? 😉 What have you been reading? Drop me a comment if there’s something you think I should add to my TBR list. Adios!

Alisha
https://www.afullerexistence.com
Teacher by day, adventurer by heart. Loves coffee, craft beer, books, my hubby and my tiny dog. Forever dreaming about my next trip.
Previous Post 2017: A Year in Books Next Post 10 Gift Ideas for Valentine’s Day