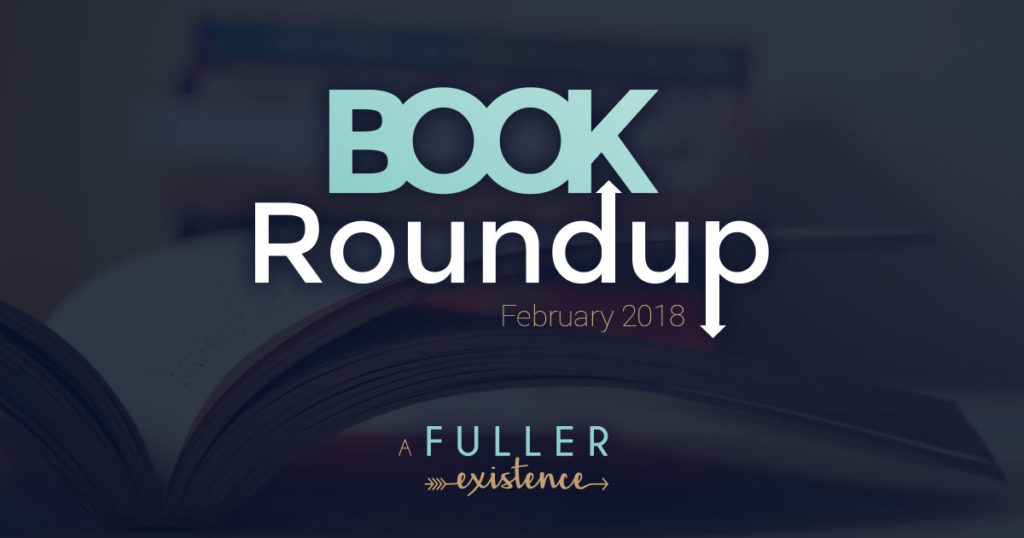 Crazy Mother Nature…she sure fooled us this February. From temps in the low 70’s one day to snow the next, you never knew what to expect here in upstate New York. I guess we can blame that on Global Warming. February always seems to go by quickly for me, but maybe that’s because we celebrate a birthday for me, my brother and my dad all within 2 days! Combine that with Valentine’s Day, 2 snow days and a 4-day weekend for President’s Day and you can see why the month flew by. 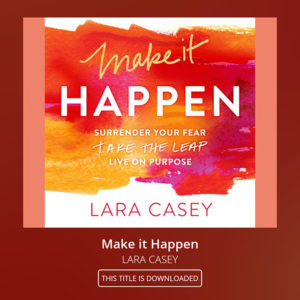 How to give up your fear and chase the dreams, goals, and life you’ve been created for.

First off, I see this as more of a memoir than a self-help book, though it’s not classified as either. Next, I listened to the audio version of this, which was read by the author. Maybe it’s just me, but the way a person reads (and their voice) can make or break an audiobook for me. Initially, I thought I was going to have to abandon this book because of the slow, slow speed at which Lara reads, however, I can now say that I made it. Although there were questions at the end of each chapter to help move you forward toward your goals, I didn’t take the time to stop and write them out. Probably the most important information that I got out of this book what that you cannot do it all. Shocking, right? Lara shared how she created boundaries in her life in terms of work and personal time and the importance of separating the two. I think it’s all too common in our society to feel like you have to do all the things, all of the time. Downtime, unplugging and saying no to projects/activities that don’t light a fire in us are cool ideas, but not something we embrace on a regular, even daily, schedule. I think that should change though. Overall, I thought the book was okay. 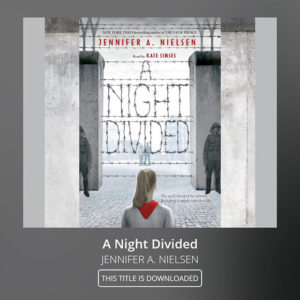 12-year-old Gerta finds herself, her mother and her brother Fritz trapped on the east side of the Berlin wall, while Papa and her brother Dominic were on the western side. Gerta and Fritz begin secretly tunneling under the wall to try and gain freedom with their entrance to the west, but will they make it before being discovered by the Stasi?

I’ve had this on my virtual bookshelf for a long time and felt like it was high time I pick up some kid lit, as I’ve been slacking lately. I listened to the audio version on Hoopla and I finished it within the work week, just by listening in the car. I enjoyed the story of Gerta and her family, and it honestly brought awareness to me about a period in history I feel like I remember little of. Maybe because I wasn’t even around back then? 😉 Either way, it was a refreshing change of pace.

Y is for Yesterday – Sue Grafton 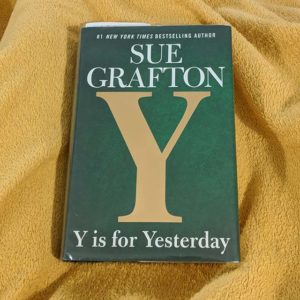 1979: a teenage girl ends up dead, at the hands of her supposed friends and classmates. One of the assailants has been MIA since the incident happened, while the others are serving jail time or trying to move on with their life. 1989: Private Investigator, Kinsey Millhone, is hired by a family to locate the person that is blackmailing their son, who is newly released from jail, after serving time for his involvement in the 1979 murder. Either the family ponies up $25,000 or the blackmailer will send an illicit sex tape (which their son stars in) to the District Attorney’s office – likely sending their son back to jail for life.

Where do I start? How about the fact that I’ve been reading Sue Grafton books for over 20 years now. That’s more than half of my lifetime. I can still remember acquiring my first ever Sue Grafton book. My brother’s high school girlfriends mom had some books she was getting rid of. K is for Killer was among the stack. I’m not sure what made me pick it up, but I did and immediately felt a connection to Private Investigator Kinsey Millhone. Over the years I’ve joked that I was a private detective in another life and I guess I have Kinsey to thank for that. I’ve read Grafton’s books all over the world, even lugging a hardcover complication of three of her novels on my first international trip. (This was long before e-readers came about.) I’ve received copies of Grafton’s books for more birthdays than I can count, as well as anticipated curling up with her newest release over winter break. Honestly, how many authors can you say that you’ve read for over two decades? Unfortunately, the alphabet now ends at Y as Sue Grafton lost her battle with cancer on December 28, 2017. To respect Sue’s wishes, her family will not allow a ghost writer to finish the final novel in the series, Z is for Zero. I’m glad for that. Thanks for the many years of adventures and allowing me to live vicariously through Kinsey. Godspeed, Sue!

So there we have it. If you’d like to keep up with what I’m reading or listening to during the month, be sure to follow me on Instagram. To check out what I read last month head over to January’s Book Roundup. As always, thanks for reading!