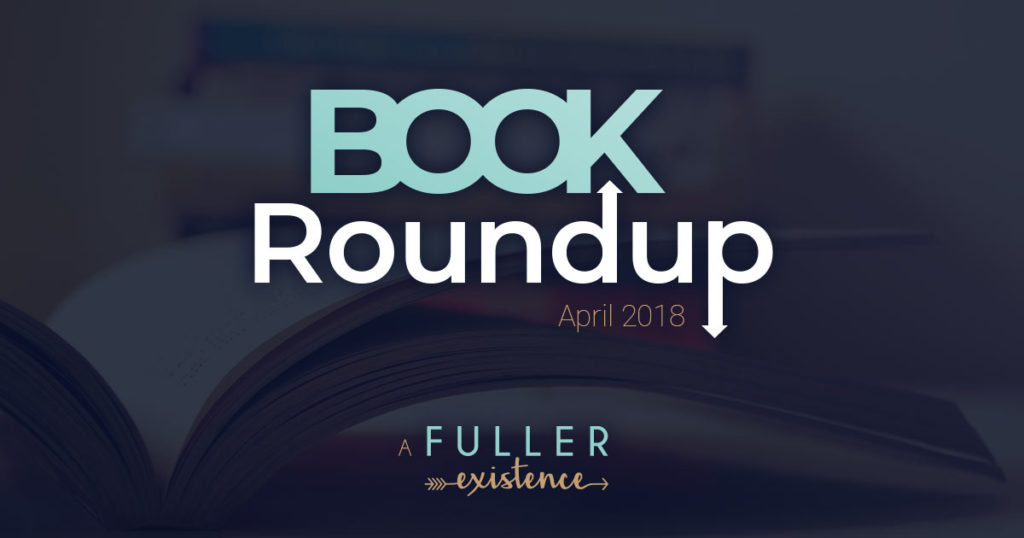 As I sit here to write the intro to this book post, I’m struggling to wrap my head around the fact that I’ve read some of these books just a month ago. It seems like it’s been forever! I guess that’s partly due to April being such a busy month. Thankfully, the crazy busyness is over and as a bonus, spring is finally here! 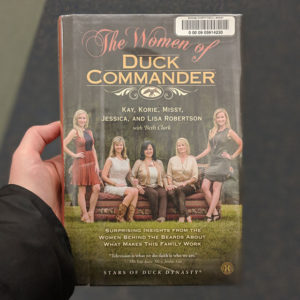 Hear first-hand stories from each of the women married to one of the famous duck men.

You may be surprised to find out that I am a huge Duck Dynasty fan. Though I was a little late to the game (I started watching the show when it was almost done airing), I quickly fell in love with the family. Call me old-fashioned, but I feel like most of the stuff on tv these days is just garbage, except my beloved Grey’s Anatomy. 😉 Maybe that’s part of the reason that I enjoyed tuning into the Robertson family shenanigans. Because at the end of the day, they were a family that loved and cared about each other and embraced traditional family values, like sitting down to a meal together. This book was told from the perspective of each wife and shared a little bit more about their lives and their struggles. They are quick to point out that they sure aren’t perfect, but they try to be better humans all the time. And that’s something I can get behind!

A 64 page novella about Marlee and Carter.

Just like the novellas I read last month, this was part of the Happily Ever After book. It was nice to hear about Marlee’s relationship with Carter and see how they were doing presently. Spoiler alert: they didn’t get sent away!

A novella about Queen Amberly before she became the Queen.

This novella was a prequel to The Selection Series. It detailed Amerbly’s life before and after she became the Queen. This was probably the longest of the novellas, but I don’t think it added anything too memorable to the story.

The One – Kiera Cass 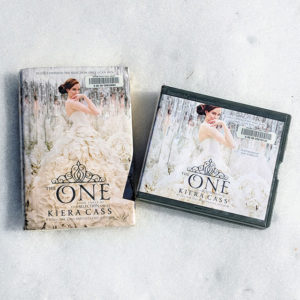 America has made it into the top four and the pressure is on. But will the selection continue as the rebels increase their attacks?

Book #3 of 5 in The Selection Series. While I enjoyed reading this, I was left wanting more after things go awry in the final chapters. Unfortunately, book #4 does not pick up where #3 left off, which annoyed me to no end. Hence the reason I gave up reading book #4 within a few chapters. If I had to name a fun, quick YA series to binge on, this would be it. Eventually I might try to read books 4 and 5, but for now, I’m good. 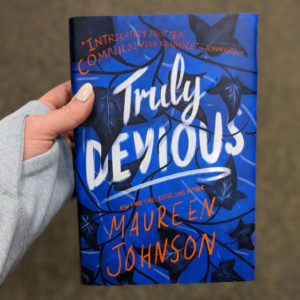 Stevie Bell gets accepted into a prestigious private high school up in the mountains of Vermont, but this isn’t just any school. This is the famous Ellingham Academy, started by one of the richest men in the US back in the early 1900’s. In 1936 tragedy struck when Mr. Ellingham’s wife and daughter were kidnapped, never to be seen again. The book alternates between 1936 and present day, when tragedy strikes again as Stevie and her classmates begin working on a class project.

I love mysteries and YA novels, so this caught my attention right away. I’ve read two of Johnson’s books before; 13 Little Blue Envelopes and The Last Little Blue Envelope, but not recently. I thought Truly Devious was easy to follow even though it alternated between time periods and I think I’d like to be friends with Stevie Bell. She and I could make a great detective team! My only regret is that this book was just published and it’s part of a series, so I’ll likely have to wait another year for the next one to come out. #bookwormproblems

All Over The Place – Geraldine DeRuiter 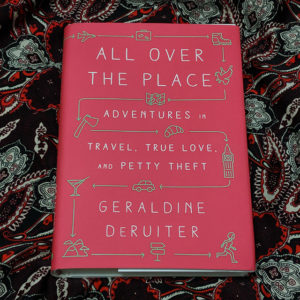 A series of short stories that detail Geraldine’s life and  travels after being laid off from her job. Along the way she finds love, forgiveness and understanding.

I actually got this book from my hubs for Christmas. I started reading it back in January and here it is April and I barely got through it. I’m not crazy about books made up of short stories because there’s no greater storyline to get wrapped up in, hence the reason I couldn’t get into this. Please also let the record show that I regularly state that I’m a 13-year-old stuck in an adults body. But honestly, some of the writing in this book just screams adolescent immaturity and I was rolling my eyes at DeRuiter’s writing. For example, how many paragraphs (across multiple chapters) do I really need to read about your bowel movements? Honestly. So…yeah, definitely not my fave. If I had to give it a star rating I’d give it 2.5 out of 5.

Well…that’s all she wrote, folks. A month mostly dominated by YA books, but then again, I already hinted at that in my March Roundup. What’s been on your reading list as of late? To catch a sneak peek at what I’m reading (and drinking) throughout the month, be sure to follow me on Instagram. Thanks for stopping by and happy reading! 🙂

Alisha
https://www.afullerexistence.com
Teacher by day, adventurer by heart. Loves coffee, craft beer, books, my hubby and my tiny dog. Forever dreaming about my next trip.
Previous Post Women in Travel Summit : A First-Timers Guide & Tips Next Post Book Roundup: May 2018